Shabbat Service, August 27 – Come celebrate Shabbat morning with Rabbi Harry at his investiture as an Honorary Member of the Order of the Anglican Diocese of British Columbia. Bishop Anna Greenwood-Lee will be our guest and will present this award at Emanu-El during the Shabbat morning service on August 27, which will be followed by a kiddush.  Rabbi Harry is being recognized for his work within the community.  We have so many reasons to be proud of our rabbi–come and share this simcha and stay for a delicious kiddush!

About the honour:
The Honorary Member was established to recognize individuals outside of the diocese for their contribution to their community that lies within the geographical area of the diocese. Their work exemplifies the ideals of the diocese.

HONORARY MEMBERS OF THE ORDER OF THE DIOCESE:

Read more about the Order of the Diocese of British Columbia:

Shabbat, Aug. 27 – Zelda and Candace, who both retired during COVID, will be attending the Shabbat service and also the Special kiddush following the service.  (Corinne, who also retired, is attending her daughter’s graduation in Montreal
and sends her best wishes). Come to schmooze and catch up!  We’ve had many staff changes and retirements during COVID and we haven’t been able to get together to celebrate these shifts in our lives.

The Membership Committee has sponsored this kiddush to help give us some time together.

This Shabbat service will also celebrate Rabbi Harry’s investiture as an Honorary Member of the Order of the Anglican Diocese, so this Shabbat and kiddush offer many opportunities to share our appreciation of one another.  Everyone welcome!

Shabbat August 13, 10:00 a.m. – As a gesture of thanks to Congregation Emanu-El, Susan Glass is sponsoring a kiddush after the service on 13 August. All are welcome!
Susan’s daughter, Sarah Boivin, is leaving Victoria and moving to Montreal.
13 August is the first time Sarah will be davening Shacharit. Please come share the ruach and take this time to chat with Sarah and wish her well.

At Last! Toast your Anniversary Kiddush! We’re celebrating our special relationships with cake and a toast on Shabbat 18 June! June is a traditional month for weddings so come and toast your own anniversary, or the anniversary of special people in your life, at the kiddish following the service on Shabbat 18 June. We’ll have cake and prosecco with a light luncheon.

At last!  The skies above are blue
My heart was wrapped up in clover
The night I looked at you

(At Last, written by Harry Warren, sung by Etta James)

It’s a month of celebrations!

Kiddush luncheon to follow services, with thanks to Ruthi Wicks for sponsorship.

All are welcome as we celebrate the forthcoming wedding of long-time Emanu-El community member Ellen Dragushan!

Dan and Elisa are delighted to invite you celebrate their son, Ethan‘s Bar Mitzvah on Saturday 11 June, 10:00 AM – 12:00 PM.  Please join the family for a kiddush luncheon following the service. If you are not comfortable with the larger than usual gathering in the Sanctuary, please join us on Zoom for this simcha.

The Membership Committee was excited to offer a Shabbat Dinner Program to our members a couple of months ago. An unprecedented number of guests and hosts responded to our invitation to participate.

Now, we’ve decided to pause out of an abundance of caution. We’ll wait until public health officials provide more encouraging news about gatherings. Hopefully, we won’t have to wait too long! 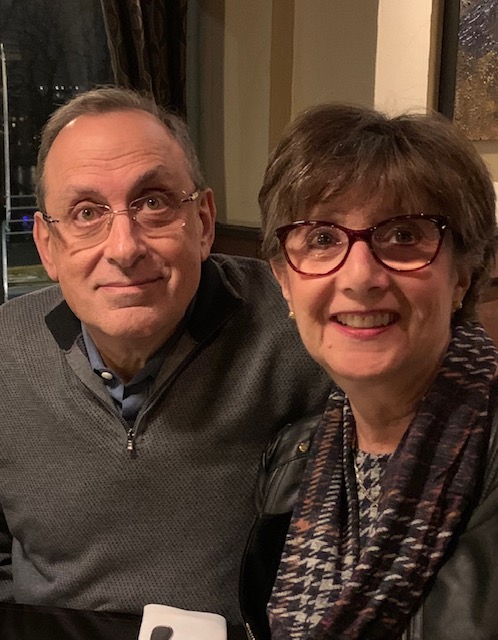 Saturday, March 21, 2020—POSTPONED Morty Faerman and Rowena Keeb invite the congregation to a kiddush following services on in celebration of their marriage.

This kiddush is postponed! The Reznick family invites you to a kiddush luncheon following the Shabbat service in honour of Emanu-El’s own superhero, Zelda Dean. By day, Zelda is our wonderful office manager. By night (and by matinee) she is the extraordinary director and producer of Congregation Emanu-El’s very own theatre company, Bēma Productions. Force of nature? Superhero? BOTH! Her newest endeavour is the remarkable play, Survivors, by playwright Wendy Kout. This play, produced in collaboration with the Victoria Shoah Project, will tell the stories of Shoah survivors — in their own words — to middle and high school students throughout Vancouver Island and hopefully further, to students throughout British Columbia. (Please contact the office if you would like more information or to contribute to this project.) In the meantime, please give Zelda your love at the kiddush on.

Postponed—The kiddush luncheon to celebrate Congregation Emanu-El’s 150+7 anniversary has been postponed. It was scheduled for February 29, a new date will be announced soon.