Hosted by Or Shalom in Vancouver: Join Arabic-Hebrew translator and seasoned Biblical Hebrew expert Rahel Halabe in a rigorous beginners study of the language as it is found in the Tanakh. Using her Biblical Hebrew the Practical Way method and materials, all you’ll need to bring to the table is the ability to comfortably read Hebrew with vowels—no requirement to understand what you’re reading! By the end of this course, you’ll be ale to apply what you’ve learned to Jewish prayer at and outside of shul, become more familiar with the vocabulary of Torah, and have an opportunity to continue learning with Rahel as you master the sacred language of the Jewish people.

Biblical Hebrew 101 with Rahel Halabe requires up to 3 hours of homework between sessions.

These 10 sessions are just the beginning – so you can keep the learning going over several seasons! First class: Sunday 20 February 2:00 – 4:00 PM

If you are unsure of whether your Hebrew level is appropriate for this course, please contact Rahel at rahelhalabe@gmail.com. Rahel also offers a free review, if you’d like a quick refresher before the course begins: http://www.hebrew-with-halabe.com/aleph-bet-free-reading-hebrew-lessons/

You will need to purchase the Hebrew The Practical Way set in order to participate in this class. First-time buyers will enjoy a 25% discount from Magnes Press. This publisher is located in Jerusalem, so delivery is not instantaneous. While you await your printed copies, Rahel will provide PDFs to the class.

If you own an iPad, you have the option to buy the electronic version. This version is not user-friendly on laptops or iPhones.

If you’ve not participated in this Circle yet, please write to Dahlia: info@congregationemanuel.ca. Past participants will receive a Zoom link from Dahlia. 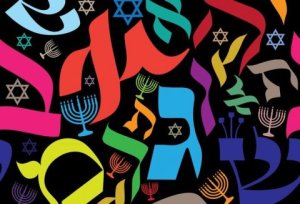 Ḥug Ivrit will restart on Tuesday, April 25 from 7:00 to 8:30 pm at the home of Dahlia Beck. Participation is by donation.

Sketches of Israel and the Middle East series

For anyone who missed the talk on Sunday, February 19, and wants a second opportunity to attend, state your interest (and preferred day and time) at our designated online poll.

Join us on Sunday, February 19, 2017  2:30 pm, at Congregation Emanu-El synagogue, for the second talk in our series Sketches of Israel and the Middle East, when Jonathan Orr-Stav addresses the topic Arabic Hebrew: An Introduction to How Modern Israelis Really Speak.

Modern Hebrew bears a resemblance to biblical Hebrew similar to that of modern English to Shakespeare. Today’s Israelis can read and understand most or all of biblical Hebrew (depending on the text) but modern Hebrew has added extra “storeys”: some are imports from European languages (such as informatziah, qonteqst, alternativah) and form part of official, written Hebrew, but others, from the local Arabic, are informal. This “Arabic-Hebrew” has become such an integral part of everyday speech that most Israelis are unaware that many words they commonly use are Arabic. Anyone seeking to gain a true knowledge of modern spoken Hebrew, or to understand Israelis when they’re speaking, must acquaint themselves with this side of Hebrew that does not appear in any siddur or even in Hebrew language textbooks.

In this talk Jonathan will review the most important Arabic Hebrew terms, their meanings, origins, and uses in everyday language.
Jonathan Orr-Stav (Ure Stoppi) is an expatriate Israeli and third-generation Hebrew translator and editor. His book on a radical new method for learning to read and write in Hebrew, Aleph Through the Looking Glass, is recommended reading in academic Hebrew courses in North America. Since 2002, he has lived with his family in Victoria. His hobbies are Indonesian food, Ancient Hittite grammar, and kayaking (but not necessarily at the same time).
Email Heshi at if you have any questions.  Entry is by donation; light refreshments will be served.
The Simcha Gift Shop will be open at 2:00 pm and after the talk.

Note: To avoid disturbances to the Fiddler on the Roof rehearsals taking place in the annexe that same afternoon, please access via the Sanctuary entrance, not that of the annex.

Modern Hebrew Classes with Betsi
Boeno will be taught at two learner levels. The classes will focus on talking,
writing and reading Hebrew.

Both courses are 10 weeks long, and they each cost $120 for members, $180 for
non-members, plus $45 for the textbook (the same textbook is used in both courses.)

Please pre-register for either course before the start date by
completing the appropriate form:

Payment can be made by cheque
payable to Congregation Emanu-El or by credit card. Please do not send credit
card information by email or fax.

Ḥug Ivrit will restart on Wednesday, October 26 from 7:00 to 8:30 pm at the
home of Dahlia Beck (Suite 3). Participation is by donation.

November 3, 2016 update:
“Due
to a constellation of unforeseeable events, our dear Ḥug will take a short
break and resume January.”

Note: The same textbook is used for Hebrew 1 and
2.

Please
pre-register for these courses online and contact Zelda in the office at
250-382-0615 to pay by credit card or cheque.

For further
information about these courses, please email Betsy.

From April 13 onwards, meetings will move to Wednesday evenings at the same times.

If your Hebrew is well beyond the beginner level, but you require more practice speaking to improve your listening, comprehension and vocabulary skills—Ḥug Ivrit may be for you.

We meet with native speaker Dahlia Beck at her home and, under her careful guidance, immerse ourselves in Hebrew conversation and culture. If you are new to this group, please email Dahlia. Participation: by donation.